Most of the time at NCN, we focus on our amazing network of shared spaces in North America, but that doesn’t mean that there aren’t shared spaces elsewhere. Over the years, we’ve learned of some amazing initiatives around the globe. Here’s a sampling:

Japan NPO Center  http://www.jnpoc.ne.jp/en/  NCN became aware of the family of Japan NPO Centers in 2007, when they brought members of our team to share what we’ve learned about the field of shared space (Read more about that work here : http://blog.tides.org/2011/03/17/sendai-miyagi-npo-center-a-lifeline-in-japan/  ). As of today, there are approximately 40 multi-tenant nonprofit centers across Japan, designed to support the capacity of the growing nongovernmental sector there.

Visy Cares Hub, managed by Youth Junction http://www.youthjunctioninc.net.au/about-us/  (Melbourne):  The Visy Cares Hub is an integrated youth service centers for people between the ages of 12 and 25. You can read more about this hub in our blog feature written by Karen Hart, a Fulbright scholar based with NCN in 2015. https://www.nonprofitcenters.org/visy-cares-hub/

La Ruche (Paris) http://la-ruche.net/  Translated loosely to “The Beehive,” La Ruche is a coworking space for social entrepreneurs with five locations across Paris and the country. They also have an incubator program called La Social Factory that has supported 25 entrepreneurs from idea to execution. 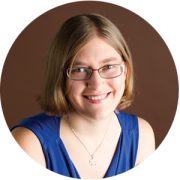 Katie connects NCN members with the resources they need to make their projects a success. She holds an M.P.A. in Nonprofit Management from Indiana University, where she studied nonprofit co-location as part of her coursework. Katie’s research background and her first-hand experience with the Co-location Task Force for the Indianapolis’ Early Intervention and Prevention Initiative give her a unique perspective on shared spaces and nonprofit centers.

previousLessons Learned on 1st Floor Retail in a Shared Space

nextHow Much Space Do We Need?